ABOUT HMD ACADEMY AND GRAND MASTER HYONG
JOIN NOW
Founded by Grand Master Hyong  in 1980 in Champaign, Illinois, HMD Academy is celebrating 50 years of service to the Champaign County communities. The HMD stands for Hyong Moo Do. At HMD Academy, each student is treated individually, by instructors who are trained to gauge a person's progress by his or her own abilities. In this way, all students achieve according to their own scale and develop confidence as they meet their own goals. 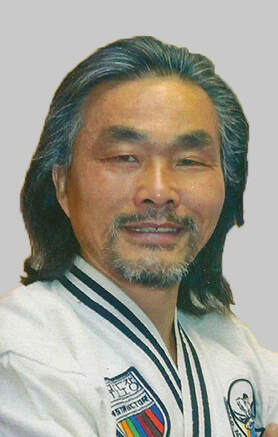 Grand Master Namsoo Hyong began studying Tae Kwon Do at the age of nine, when his elder brother, Nam Kwon Hyong, introduced him to their traditional family education. He continued this training until the age of 14, when Nam Kwon left Korea to study Economics at the University of Illinois at Urbana-Champaign. At this time Namsoo joined his high school Tae Kwon Do team, and soon after joined a local Academy, both of which focused primarily of Tae Kwon Do as a competative sport. Namsoo continued this training for 10 years, rising through the ranks of Korean national competitors.

In 1980, Grand Master Hyong joined his brother in the United States and took over the Academy Nam Kwon had established in Champaign, IL, as well as the Illini Tae Kwon Do club at the University of Illinois.  In 1984 he began to change his philosophy and teaching style toward Tae Kwon Do, transforming his practice from a competitive orientation into one of emphasizing individual self-improvement. He realized that competition was an inadequate means of achieving the ends of Martial Arts practice: physical, and psychological development. For a thorough discussion of this issue, see Grandmaster Hyong's article published in the April 1994 issue of Tae Kwon Do Times.

​In 1990, Grand Master Hyong established "Moo Do Tae Kwon Do", which translates as the "art" of Tae Kwon Do, as opposed to "sport." In 1993, Master Hyong was the first to write about and publicize Tae Kwon Do in this way, presenting a paper entitled "Tae Kwon Do at a Crossroads: Some Thoughts About its Future" at a conference held by Michigan State University entitled "Transfromation in the Korean Peninsula Toward the 21st Century: Peace, Unity, and Progress." Grand Master Hyong is continuing to develop this new and uncharted territory in Martial Arts practice.

What is Tae Kwon Do?

Tae Kwon Do is a martial art created in Korea. The major differences between martial arts are rooted in one's distance from one's partner. Tae Kwon Do uses kicking techniques which is the furthest distance from one's partner. At HMD Academy, the beauty of the body's movement holds a higher importance to our practice than the effectiveness of striking a partner.
Many people realize that different martial arts styles tend to emphasize different student outcomes, and even within styles, instructors vary on what components of the art they feel are most important. Recent research in the martial arts has demonstrated that the way the martial arts program is organized has a tremendous impact on the outcomes of the martial arts students.In 1986, Trulson conducted a study examining outcomes of two types of martial arts training, as well as a sports program. In this study, adolescents were assigned to one of three groups, matched on initial scores of aggression, anxiety (an emotion which can lead to destructive behavior), level of psychological adjustment, self-esteem, and other psychological attributes. For six months, each group met three times a week for training sessions with the same instructor for all three groups. The groups were as follows:After six months, the results were in: Members of Group 1 had many positive outcomes resulting from their tae kwon do training. Group 2 and Group 3 did not experience these positive outcomes. More specifically, Group 1 members experienced less anxiety and aggression, increased self-esteem, improved social skills, and a greater awareness of values important to society in general. Group 2 members displayed greater delinquent tendencies, were more aggressive, and were less well-adjusted after their six months of training. Group 3 experienced little change in any of the variables. Clearly, the manner in which a martial arts club or academy teaches the skills deemed important has a significant impact on what the student gets out of his or her training. Here at the HMD Academy of Tae Kwon Do, all instructors have undergone an extensive training program emphasizing the philosophy of Moo Do, or the art of living. Our focus is clearly on using tae kwon do to help students learn to overcome obstacles, both internal and external. Through the training that the HMD Academy offers, students have accomplished many significant personal and professional goals and objectives.